Ambidextrous fire select for MK H92 in the MPX

This was part of the MK H92 MPX build article but it’s worth having its own thread for ease of searching!

Installing the Ambidextrous gears
Looking at how the ambi works the transfer shaft that connects the left and right side together fits into the MK but there is no recess for the geared fire selector switch to sit in. You also cannot install the switches and then drop the box in afterwards.

I measured the recess the selector sits in on the APS box and made a few other deductions that lead to the conclusion that the recess in the shell isn’t critical to the functionality, it’s really only used for ease of installation.

So here is my solution…
Remove a minimum of .7mm of material from each selector gear. From the side that would sit in that recess. each of the selector gears.

Drop your freshly built MK H92 box into the MPX receiver. Install lower pin and takedown pins so the box is sitting where it should.

Grab some sort of felt tip permanant marker, like a Sharpie. Now mark on the H92 box, where the hole for the selector switch is.

Remove the shell from the box and now we can see where the gears should be positioned.

Grab one of your selector switch gears and position it on the marking.

Now tape it in place with paper masking tape. I used 2 long thin strips either side of the threaded hole. Do this for both sides and then reinstall the gearbox to the receiver.

If you’ve done your marking and taping you should have the selector switches in place ready to screw into. Replace the switch assembly (that annoying tiny ball and spring!)

Remove the tape strips, and check it’s all synchronously working. 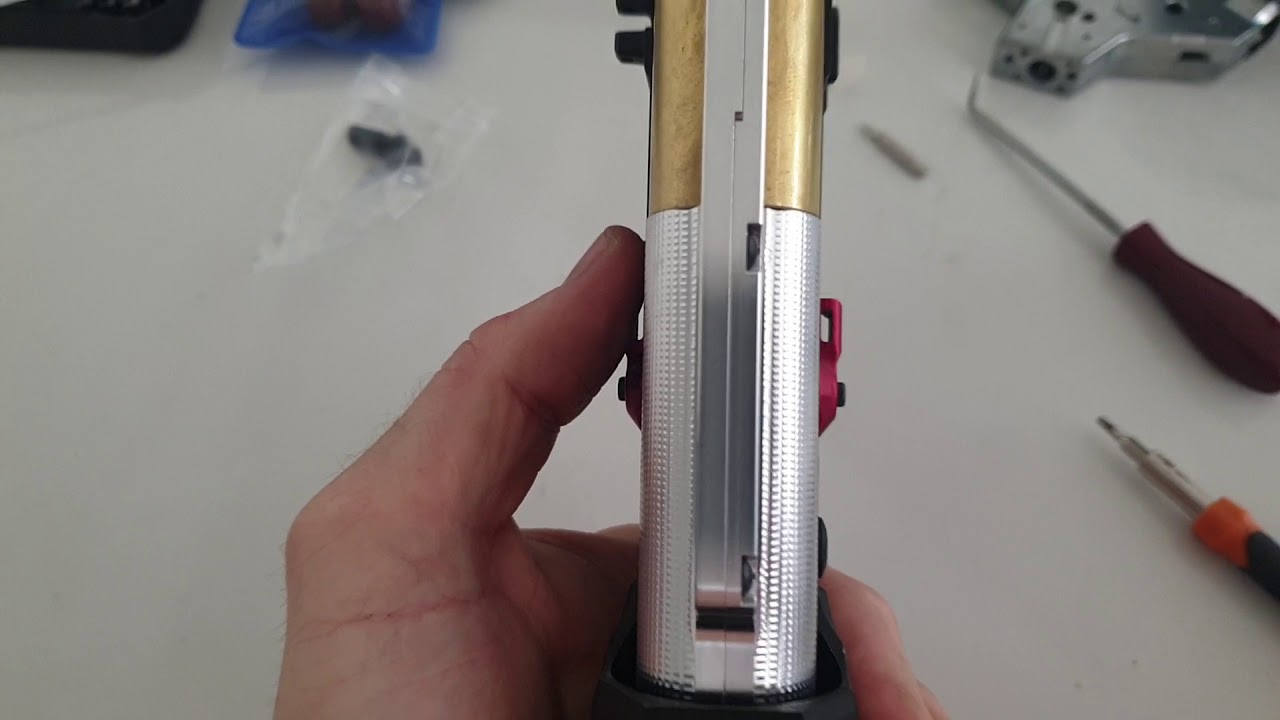