Doing a fair bit of reading on ■■■■■■■ and it seems that, for QLD, our major hurdle for the ability to buy and use ■■■■■■■ are the BBs themselves being classed as projectiles.

Our Gel Blasters have proven that it is not a ‘replica’ or ‘air’ class issue. As construction and mechanics are very similar. They never even considered joule/fps output, they just wrote off gels being projectiles all together.

I think this is fantastic, and if ■■■■■■■ QLD maybe tries to change their angle and get Plastic BBs removed from the projectile class based on Joule and limit ■■■■■■■ fps then we would be almost over the line.

Just thinking out loud. What do you think?

it’ll take more than just a definition of projectile to get that over the line i suspect.

with the snotty they copped about gelSoft forcing it into supreme court and their general penal colony mentality and willingness to false flag…it could be quite some time before ■■■■■■■ becomes acceptable.

when it does i will surely convert my coming full metal build but until then, gelSoft hits the spot B)

Yeah true, I am very happy with what we have for sure. Perfect for CQB, but open field and sniping is not perfect yet.

By the way, is your full metal a HK416 from Hawkex? Or are they not for purchase until released?

They are ok for CQB but the blasters really need to be more reliable and consistent out of the box. The money some people are paying to get decent performance (relative to the limitations of the platform) would buy some pretty decent ■■■■■■■ gear.

I watch Silo and Novritsch video’s and am amazed at the development ■■■■■■■ has undergone, something gel blasters will never achieve due to the limitations of the gels.

Those CO2 pistols are amazing and may be a possibility in a de-tuned version but they would probably need a bigger customer base to justify the cost of development. Effective sniper rifles will likely never happen as the gel balls are to unstable, inconsistent and more affected by wind than ■■■■■■■ pellets…

Unfortunately we live in the nanny country where anything remotely ■■■ related is feared and legislated against to a level that make us a laughing stock compared to the US and Europe who recognise ■■■■■■■ as a legitimate sport/hobby.

I don’t know about you but my Blasters have been bloody great out of the box, I’m just starting to upgrade now to learn. Also, ■■■■■■■ is NOT cheap. I’ve spent a few thousand on gel blasting now and have zero intentions of slowing down. If you only spend 100 bucks and expect a great blaster then your only kidding yourself, nor would you be effective with the same investment in ■■■■■■■.

Your exactly right about the limitations of current gels, which is definitely always in development and WILL improve. Just remember ■■■■■■■ is almost a 50 year old sport, gelsoft is a few years. Once the gels are figured out then there is nothing slowing us, we are almost at American field limits for CQB right now.

I also believe green gas variants are probably not far off and QLDs handling of gelsoft has impressed me so much that import of these should not be an issue, hopefully the other states follow suit sooner or later. Be positive, not negative.

well I can say I’ve been doing my.best in Vic. have not branded it in public or been Denis the menace and. taken it to the shopping centre (that’s common sense) despite a couple times been tempting.im hoping those who have them here won’t rock the boat as that will definitely garuntee our limp wristed state officials to keep the laws intact

I dont know where I found this, could have been on here in another thread, so, sorry if someone else posted it already…but I like the way the big boss senator makes the wimpy polly squirm 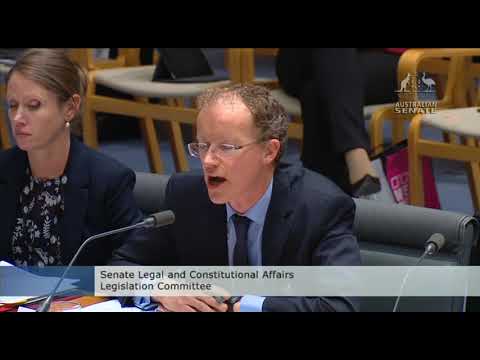 The Commonwealth (total fraud) seems to be focused on looks

Too old to play? Hu?
How old are you now?

but consider that the vid was two years ago and was 7 years old at the time.

so in those terms, yes, i’ll probably be dead (probably executed by qld popo pig mtha fkrs for daring to talk back to them)

44 that’s still young mate your not even old enough for a senior’s card so don’t stress. If it ever got legality I would be first on board and I’m 29 so if we had a match that would make the average age 36.5​:stuck_out_tongue_closed_eyes: so already knocked 8 years off and Jack who you have played with another mate on this forum is 27 so that would improve again. She is just a number

I will be 56 this year!
Vive La Revolution!!
I love blasters!

Neither: I am the hermit type…
Looking forward to the day I can sit on my porch’s rocking chair with the shotgun and yell at kids to get off my lawn (even when they’re on the other side of the road)