after 6-7 hours of messing around with shimming, decided it’s too late now and CBF,
oiled all the shims and the black nylon gears with Super Lube
then put it back together with out the anti-reverse latch, pistons and what not,
test run performed with 7.4v checker battery.

at the moment it’s set to almost no play at all on bevel and spur gear, there is just tiny little bit of movement, sector gear seems to have no play at all with just 0.1 on one side

Initially there was some horrible grinding sound, turned out motor was too high,
free the adjustment screw and it goes away.
but i am no sure what noise it’s making now, if it’s just the gears engaging,
or some surface rubbing?
watched Low Guido’s vid, he mentioned “this is the sound you don’t want”,
but honestly i can’t really hear the difference = .= 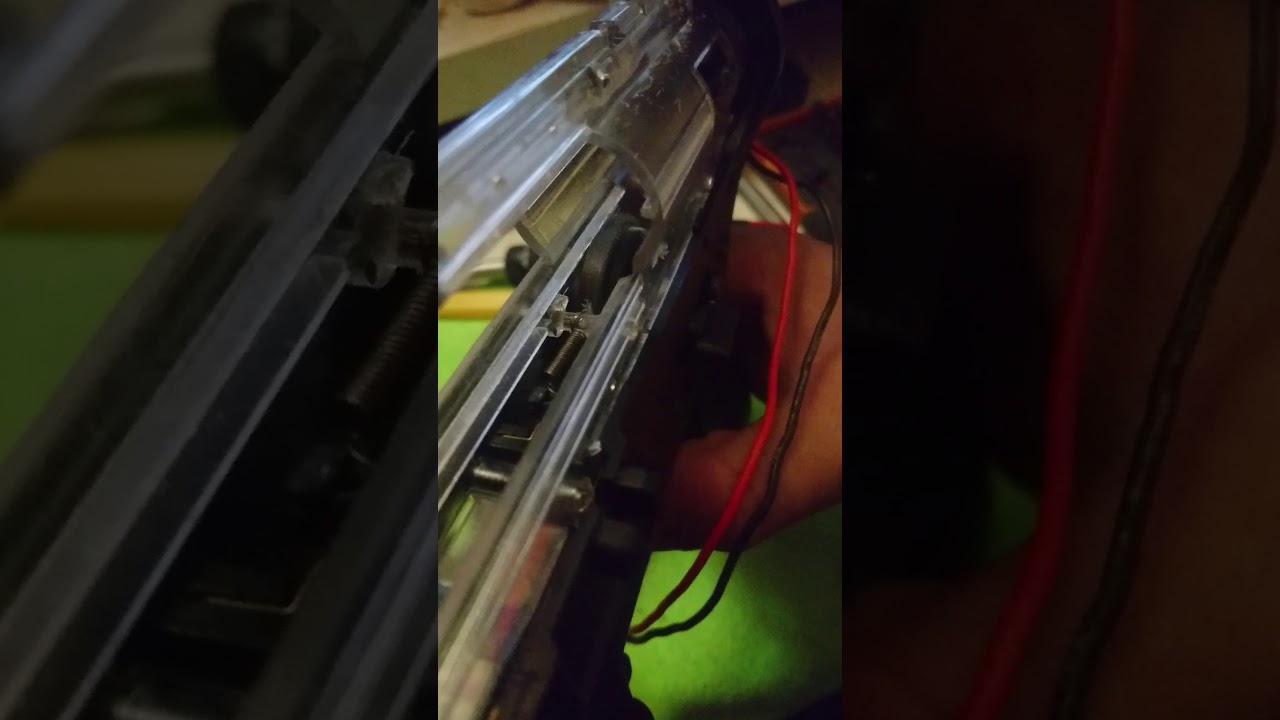 PS: motor was the one that came with the faulty gen9,
appears to be fried as it’s really low speed even with no load,
so the lobbing gel issue mentioned by the seller was not the box, but a cooked motor

didn’t think of that tbh…
i am glad i got it though, much have i learned from owning this gen9,
which will be extremely helpful when all the parts for my ACR arrives

You lubed the gears? There is definitely a point where too much is just wasteful and messy but that roughness could be a lack of load or the need for a little extra lube

Assuming your shimming us right

The good news there is now you’ve done that, shimming will take considerably less time from now on. Experience counts

With lube, I used super lube and it’s a lot thicker than I thought it will be o.O
I used a small brush to apply the lube on,
And I tired to make sure every teeth are covered.

As with shimming, I made sure there is as little to no shaft play while maintaining free spin, and the faces of the gears is not rubbing o.o
Apart from that I am not sure what is “right”

the rest is an artform.

in terms of play, i usually have mine at the point where there is a smidge of lateral movement but not enough to appreciably alter the mesh. its just so i can be certain that the shimming isn’t too tight (because i’ve done that)

Hard to tell from a video but sounds normal to me, with straight cut gears there is allways some noise, especially when there is no load taking up the backlash.
They will also get quieter with use.

I will add some more super lube (apparently not so super?) after work and see what happens.
I remember using pig fat as lube for my tamiya mini 4wd and bicycle chain back in the days lol, seems to be about the same thickness from memory.

Tbh the part I hate the most about this whole process, is not shimming, nor lubing, nor the repeated closing and opening of the gear box…

It’s actually to get the motor to go into that small hole = .=||| it takes so long to get it in for some reason…

Use a thick grease in moderation

That’s what she said

Roflmao I walked right into that one didn’t I xD

What u mean by "moderation " o.o
I don’t need to put too much?

Yes no need to pack it full of grease