What to do with undergrown gels?

Hey kids. I’ve got about 10K gold packet Milkies that I got from a mate that are too small to feed. I’ve run them through a strainer and they’re nearly all under 7mm in diameter.

I’ve heard you can just stick 'em back in water and they’ll grow to full size, but these are months and months old now (thanks 'rona!) and I don’t think that’s working.

Any advice on what to do with gels that are just a bit too small? I’d hate to have to throw 'em out.

Gold milkies are normally around 7mm , they are one of smallest gels on the market. Many blasters don’t feed them properly. Some love them, especially those who have installed 7.1mm tight bore barrels. It’s alway best to soak them fresh for 4hrs in clean water when you are going to use them and ensure they are fully underwater .

I would throw out and start a fresh batch, gel balls are cheap

Mate has suggested warm/hot water and just soak 'em again, try and get 'em up to full size. Thoughts?

Hot water would work but they can be inconsistent and fragile.
Try it.

I use them in my nades

I’ve got an M203 “grenade launcher” (shotgun) attachment that they’ll probably go great in, plus an M97 that might like blowing a few of 'em out. I was just hoping to salvage them instead of having so many go to waste. Which is probably just the Quaker in my blood, heh.

I suppose worse-case scenario is my son’s hopper-fed 1911, which is a great blaster, and should feed 'em just fine with gravity. Might give that a go.

Odd sized gels get used in my grenades and claymore mines.

Dont you have a beretta? Quite the narrow inner diameter . Anything undersized or old i use on the m92 , tho too old and theyre likely to mush . I just put about 500ml of old ones into pot plants!

Nup, but I got a Deagle and a Glock. Glock don’t like the undersizers, but the shotgun is happy enough!

Cool thats sweet cause I got an m97 shotty in the mail coming , with the old style buttstock , and every single one ok the dk attachments to make that tactical shotty.
Wasnt cheap for a blaster with no battery haha

Do you holster it or sling or?

ERMUHGERD. Those M97s are just the best fucking manual EVER.
I’ve got one that I acquired where it has all that DK stuff and a pump grip that I designed and printed, and it just feels SO BADASS.
The other one, I put an o-ring in the barrel/t-piece and a hopup on it and a stock and it shoots better than my wife’s M24 or AWM. It’s probably the most accurate blaster I’ve ever shot. I still need to get video, but I’m hitting (no shit) 8 of 10, A4-sized targets at 23m. Granted, that’s with AKA’s, the most accurate gel I’ve found, but still. 280FPS and that kind of accuracy and you’re damn right I’m going to sling it!
For the shorter one, I’m going to just sew up a quick pouch/quiver/sling style back attachment so I can whip it out like Mad Max and shkt-SCHKT some bitches at CQB.

I was already excited for it , but times that by ten now 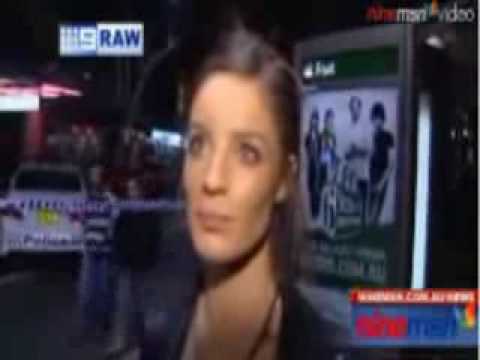 The M97 is a lot of fun !
I like putting the muzzle downwards and pump the thing about 10 times then you go up to a mate and pull the trigger!
They shit themselves but all that happens is 15 or more gels come flying out at only about 100fps or less

Yeah Ive heard the angle you pump it on , and the speed can vary how it shoots.
Didnt realise you can pump it multie times . So that doesnt build up pressure it just allows more in ? Or a way of decreasing fps by pumping lots?

And renegade offer an oring that turns it into a slugger? How does this work @CaptainAwesomepants , in the barrel tpce? Does that just restrict how many enter the chamber etc?

Because it has to push a heap of gels